”Step into the world of Crank Sturgeon. Crackling soundscapes, tearing noise and contact mic absurdities forms a surreal theatre of the moment.   Sometimes he arrives inside a 3 meter in diameter pile of shredded stick reports and emerges, mostly naked, wearing only a CD player (with fish stickers) as a jock-strap- or ”cod-piece”- sometimes flopping from the blizzard into the forlorn and winter struck Maine bar, arms transmuted to cardboard flippers, playing contact mics attached to large blocks of wood, or in white chefs cap, leaping about the gallery in the light on films made by drawing on 16 mm stock with crayola crayons.  If you haven’t seen Crank live before you’re up for an adventure, if you have you’d probably like to take the ride again…  This evening Crank is joined by Katt Hernandez and Per Åhlund, who will perform short solo sets and perform as an ad hoc together with Crank.” 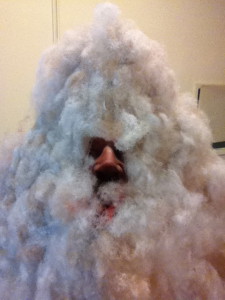 Crank Sturgeon explores the unwieldy commingling of noise and performance art through the use of thrift store electronics, supermarket aesthetics, and persistent coughing. The result has been a double-decade / triple continent odyssey of noisy mishaps and primeval happenings, taking the shape of inflatable parades, unlikely orchestras, and amplified badminton games; spawning amalgamations with other like-minded artists Fritz Welch, id m theft able, and Patrick Corrigan. 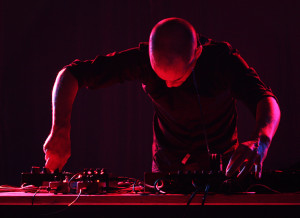 Per Åhlund, b. 1976, resides in Stockholm, Sweden where he’s involved in several experimental music-, improvisation- and sound art-projects. His live soundscapes blur the boundaries between noise and music, stillness and hysteria, darkness and light. He create compositions on the verge of dissolving and focuses on mood and texture rather than tonality and rhythm.

Live he use contact microphones, gadgets, loops and effects to form abstract sound environments created in the moment. His live performances are often based on old radios, voice, newly found objects and junk used as instruments. 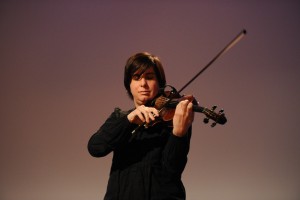 Katt Hernandez moved to Stockholm in 2010. She works with many Stockholm projects and musicians. Katt draws a firey array of electronic-like sounds and keening melodies from her unaltered, acoustic violin. She also works extensively with microtonality, drawn from a study of a mixture of sources, including traditional folk and sacred musics of the Middle East, Turkey, and Eastern Europe, variated odd-ball old Americana, work with modular synthesizers and the Maneri/Sims 72 pitch system.